Despite the revolutionary impact of NVM Express® (NVMe®) SSDs in the PC gaming market, the industry still faces some limitations. As outlined in a recent AnandTech article, the first issue is that almost all games and game engines are still designed to be playable off hard drives because previous console generations and many low-end PCs lack SSDs. Second, some systems implemented SATA-based SSDs to improve speed. However, that approach simply shifts the performance bottleneck elsewhere in a system, often in the form of data decompression. The overall gaming experience will only improve once SSDs based on NVMe technology are put in place.

To address these issues, both Microsoft and Sony have integrated NVMe SSD capabilities into their new Xbox Series X and PS5 systems, allowing game developers to take advantage of the faster speeds of NVMe technology in the next generation of gaming consoles. Below we highlight the exciting Xbox Series X and the Play Station 5 (PS5) announcements and how NVMe architecture will unlock the future of gaming. 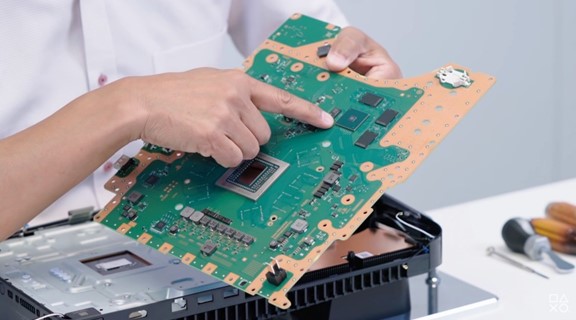 Sony’s PS5 has the NVMe SSD is built into the console board itself. The PS5 will also support existing M.2 SSD solutions for upgrading the available storage, though the compatibility list is still pending. This is a  benefit will allow PS5 buyers to expand their storage relatively easy. These M.2 SSD solutions start at a relatively affordable price point, with the option to become more powerful at a higher cost. According to AnandTech, Sony’s SSD will offer similar performance to the high-end PCIe 4.0 NVMe SSDs expected to enter the retail market by the end of the year.

Microsoft’s solution features proprietary 1TB NVMe drives. While these drives are more comparable to entry level NVMe SSDs, they will offer many benefits to gamers. As The Verge confirmed in an article from earlier this year, “Microsoft is using PCI Express 4.0 connections for both the internal NVMe SSD and external SSDs, meaning the speeds are designed for next-gen games. It also means that games that are optimized for the Xbox Series X will need to run on the internal SSD or these expansion cards.” The external SSD will also plug right into the Xbox Series X, like a memory card, and is guaranteed to be as fast as Xbox Series X or S’ internal storage.

By requiring a proprietary NVMe SSD card, Microsoft is ensuring that the powerful Xbox Series X console will be able to maintain a certain caliber of experience that will help reduce long load times and elevate gaming performance in the industry overall.

What Do NVMe SSDs Mean for the Future of Gaming?

Overall, the shift to NVMe SSDs in two new leading gaming consoles will offer advantages for both gamers and the gaming industry at large. The NVMe SSDs are slashing load times on the most demanding games, with peak load times of only 00:35 seconds for the Xbox Series X and only 00:51 seconds for the PS5, according to tests administrated by GameSpot. Videogame producers will also be able to produce increasingly graphically complex games, as they will not run up against performance barriers. Finally, NVMe SSDs will remove previous bottlenecks and barriers linked to hard drives.

If you would like to learn more about how the NVM Express organization’s specifications are contributing to the gaming industry, we invite you to follow on Twitter and LinkedIn to receive the latest updates.